Baby Did a Bad Thing

Baby Did a Bad Thing

If there is one debut album from 2020 that you should treat yourself to hear - or hear again, because its release was overrun by the fact that Denmark was shut down just as it hit the streets - then let it be the self-titled album from the danish band Baby Did a Bad Thing. Explanation follows:

"To my ears it’s songwriting craftsmanship of international quality."

The words are mine and I said them when I first played the song “Scars” on Denmarks National Radio (DR).
It was written by Baby Did a Bad Thing, and it is track number four on page A of the band's debut album, which came out in March.
March 2020. Yes, March. Just when everything was closing down and Baby Did a Bad Thing had to see their opportunities to get out and play their album disappear.

In my time as a radio host and music journalist, I have heard countless new bands, singles and debut albums. And I often get excited when I hear something, I think has a very special quality which is eactly what Baby Did a Bad Thing has. I've been following the band for a couple of years now and heard them several times, both as a duo, trio and full band - and now they have asked if I would elaborate on the quote that begins this writing.

To that I’ve said yes:

It was in October 2018 that I first heard them. A note in the local weekly newspaper about a band that mentioned Lucinda Williams, among others, as one of their sources of inspiration, was interesting enough that I found myself at the intimate venue Gyngen in central Aarhus. Here I was going to experience a band that was absolutely sure of what they wanted and how they wanted it.

Centered on the two singers Eline Engholm and Jonas Fjelsted, the five-piece band took a solid and convincing Danish embrace with the roots, singer-songwriter and americana, names like Lucinda, but also Chris Stapleton, Nikki Lane, Jason Isbell and Gillian Welch are prominent representatives of.
And names that come to mind when you hear Baby Did a Bad Thing. Even that night, I came to think that one of the band's songs would fit perfectly for a Bonnie Raitt album - and that the quality of the songwriting is high enough that she could easily be interested.

Since then, the band has played support for the American indie band Spain and Danish Calby and played lots of shows themselves. Especially an experience at Værket in the city of Randers stands out when Engholm and Fjelsted as a duo blew a bunch of Grammy-nominated American songwriters from Nashville completely over. The two songwriters were invited as the local touch to the event Nashville Nights, where singer-songwriters from the genre's hometown in Tennessee toured around Danish stages and give samples of songwriting from the top shelf. When Engholm and Fjelsted had played their three songs that night, the Americans used the rest of it to tell them how good they were.

There are many who play americana, roots and singer-songwriter music - and many who do well. Baby Did a Bad Thing does it with songwriting at the elite level. On top of that, they have a dynamic singing duo in Engholm and Fjelsted, who with excitement and harmony give the band's vocal work an extra gear. Behind them is a rock-solid rhythm group with one of the country's best drummers, Casper Simonsen (The Boy That Got Away), bassist Thomas Friis and Mikael Sort on guitar and pedal steel.

Many had to go in vain in both '18 and '19, when the band played at the SPOT Festival – the biggest festival for upcoming artists in Denmark - because the rumor of the new band with the grip on the

Nordic americana quickly spread around the country. Those who went in vain could have had another chance, because the Aarhus band was hired to play at the festival again in 2020. But alas, the festival, like all the others, was canceled. And so, did the group's release tour for their debut album, which came out in March.

The story of that album is also about one of Denmark's best musicians and most in demand guitarists. And Rune Kjeldsen (CV Jørgensen, The Savage Rose, Hush, Poul Krebs) found a place between his many engagements and chose to sit in the production chair and help Baby Did a Bad Thing to the expression and the 11 songs that make up a distinguished debut for a Danish orchestra.

The band could not get on the road and follow up that release with the concerts it had deserved - because it came out just as everything was shut down. But as those of us who have put the album on the turntable countless times since the spring know, the songs are not inferior to being played at home in the living room. On the contrary, it turns out to be a safe and long-lasting album from a band that has only just begun. They are in the process of making new music, which they look forward to sharing with us - but before that happens, do yourself the favor of listening carefully and thoroughly to Baby Did a Bad Thing.

Rolling Stone has just released a list of the top 30 country and American albums of 2020. There are really many great albums on that list as well. But the first thing it made me think is that Baby Did a Bad Things debut album deserves a place on the list of the best Danish debut albums from 2020. 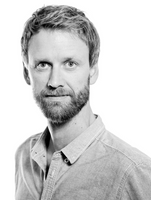